Report from the NoSE 2014 Event

The Nordic Systems Engineering Tour 2014 event in Denmark took place at Aalborg University's campus in Copenhagen. A total of 53 people participated in the event (including the speakers).

After a short welcome by Henrik Balslev, President INCOSE Denmark, David Long, President INCOSE, gave an introduction to INCOSE by describing the mission of INCOSE, the work being done, and the benefits gained from being a member of INCOSE.

David then continued with a presentation named Systems Engineering in Turbulent Times, discussing the ever-increasing complexity of systems we are facing today, and how systems engineering can assist in handling these challenges, using e.g. Systems Thinking, Lean, Agile, MBSE methods, and gaining improved performance through increased integration of program/project management and systems engineering within the companies. 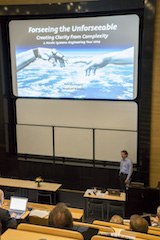 Tim Weilkiens, oose GmbH, continued in the same line with his presentation Forseeing the Unforeseeable – Creating Clarity from Complexity. It is important that our engineering methods and tools follow the complexity of the systems we develop, and Tim talked about Design Thinking as a way of working and an approach to innovate solutions with a strong user focus.

Then Bjarne Månsson, Eldotek, talked about Risk-based Testing, stressing the fact a thorough risk analysis is a must when developing safety-critical devices (e.g. medical devices), in order to avoid safety issues coming up after launch which will lead to a mandatory recall of the product from the market. A specific blood glucose meter was used as example of such a fatal market withdrawal.

A presentation Touching the learning aspect of five diciplines to enable the fifth was held by Jonas Andersson, Syntell AB. The questions: 1) what is needed to achieve the right level of competencies in a systems engineering organisation, and 2) how do we do this in practice? were asked initially, and Jonas then proposed a number of methods, tools and activities suitable for supporting the realization of a learning organisation. 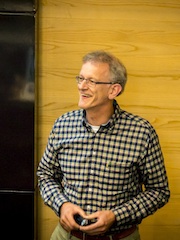 Paul Schreinemakers, How2SE BV, described in his presentation Modeling the Systems Architecture for the Dutch Railways how the Dutch Railways after introduction of systems engineering a number of years ago has moved from focusing on good requirements, verification & validation towards focusing on the Systems Architecture. Paul showed in the presentation some examples of the modeling approach taken and the benefits gained.

In the final presentation Application of Systems Engineering in small and medium sized companies, Jonas Mørkeberg Torry-Smith, Novo Nordisk A/S, discussed how systems engineering can apply not only to large organisations within the defense, aerospace, automotive business areas etc. as has been historically the case, but – with an appropriate tailoring - within small and medium sized companies as well.

An important aspect of all INCOSE Denmark events is the opportunity for the attendees to network with other people from other organisations and other business areas, meeting old acquaintances and perhaps making new relationships as well.

This is an excellent way to get updated on what's going on in the industry, and within the systems engineering area in particular, to share knowledge between colleagues in general, and also to get new ideas to bring back and try out in one's own company. 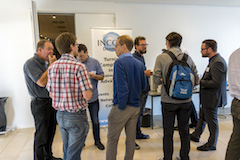 Judging from all the talks and the communication between people at lunch and during coffee breaks, the network part of also this event seemed to have fully served its purpose.

At the end of the NoSE 2014 event each participant was asked to fill out a questionnaire, asking e.g. about the reason for attending the event, how the presentations were valued, and giving an opportunity for the participant to come up with suggestions for any potential topics of interest for future INCOSE Denmark events.

The outcome of the questionnaire shows that the presentations in general were received well, and that the time and the length of the event were considered appropriate.

INCOSE Denmark considers the networking element at such meetings as being very important and this aspect was also considered satisfactory by the participants.

As for any potential topics for future events, practical aspects about implementation and deployment of systems engineering was rated the highest, but several people also requested sessions about Model-Based Systems Engineering (MBSE).

INCOSE Denmark will now evaluate the feedback we have gotten from this successful NoSE 2014 event and use it when planning our future events.